A Sense of Place – Simon Bestwick 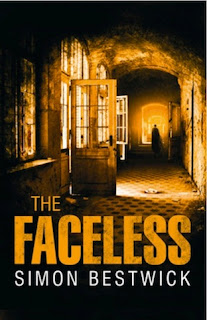 But in Gothic literature, the setting is an active force- a castle, traditionally, dominating the landscape both visually and psychologically.  From The Castle of Otranto to Shirley Jackson’s Hill House (and beyond,) it’s a nightmare place; inside its walls, the rules are very different from outside.  Ghosts may walk and terrible things may prowl the shadows, but often the worst danger is from the living, as the house works on individual flaws and weak spots to cause or threaten insanity, violence and self-destruction.

These days, you’ll be hard put to find a castle that isn’t run as a tourist attraction.  But the haunted castles are still there; it’s just a case of knowing where to look for them.

Some, like Thomas Ligotti and the late Brian McNaughton, blend horror with fantasy to invent new worlds.  Others follow in the footsteps of Algernon Blackwood or Arthur Machen, and find those dark other worlds hidden in the substance of the everyday.

Brad Anderson’s film Session 9 is set in the Danvers Hospital, Massachusetts, a real-life abandoned lunatic asylum. Generations of patients- for genuine mental illness, or for their sexuality, unwed motherhood, pre-marital intercourse, or just being different- lived and died in such places across the Western world.  Many were buried in the hospital grounds; others survived only to be released, ageing and confused, into a world they couldn’t recognise.  Treatments and attitudes ranged from the compassionate to the appalling; tales of abuse, exploitation and dehumanisation abound.

Wasted lives, burned out, their grief on the walls like soot.   Urban explorers have captured the now-disused asylums’ empty corridors and silent rooms in all their bleak glory.  Viewing such images, it’s hard not to think that if there were ghosts, they’d be here.  And they might not welcome visitors.  Or worse, they might.

If you’re looking for present-day Britain’s haunted castles, here they are.

Or were.  Most of the asylums are now demolished. Severalls, Cane Hill, West Park, High Royds, Hellingly… even Danvers has been converted into apartments.  Still, a few may remain, tucked away in quiet corners- out of sight, out of mind, as they were always meant to be.  They’ll serve for a time yet, while the smart writers, the trailblazers look further afield- to abandoned towerblocks and council estates, perhaps- in search of new places where the shadows can make their home.

In the meantime, let me invite you to visit Ash Fell, the First World War veterans’ hospital that plays a central role in The Faceless. Not exactly a lunatic asylum, although there’s some resemblance - some of its inmates were scarred in body, rather than mind.  But it’s a bad place alright, filled with years of unimaginable suffering.  You enter at your peril.

Born in Wolverhampton, Simon Bestwick escaped to the wilds of Lancashire aged two, where he remains.  He is the author of two novels - Tide of Souls and the just-released The Faceless, the collections A Hazy Shade of Winter  (just re-released as an ebook) and Pictures of The Dark, and a chapbook, Angels of the Silences. When not writing, he tries in vain to have a life and catch up on his sleep. He blogs at http://simon-bestwick.blogspot.com/.
Posted by BlackwellsCXR at 07:00