In 1949 Mao Zedong raised the red flag over Beijing’s Forbidden City. Instead of liberating the country, the communists destroyed the old order and replaced it with a repressive system that would dominate Chinese life. The Samuel Johnson Prize winning author of Mao’s Great Famine draws on newly opened party archives, interviews and memoirs, to capture the impact of a brutal and violent regime on millions of ordinary people, sending over 5 million to their deaths.

Frank Dikötter was Professor of the Modern History of China at the SOAS and now Chair Professor of Humanities at the University of Hong Kong. He has published nine books about the history of China, the latest of which is The Tragedy of Liberation: A History of the Chinese Revolution, and is one of the world’s leading historians on the country.  He’ll be speaking with Jonathan Fenby, author of The Penguin History of Modern China and Tiger Head, Snake Tails. Book tickets via the Asia House website.


George Goodwin at The Tower of London on Thursday 12th September, 6.30pm

George Goodwin is one of Historic Royal Palaces' favourite historians and best selling author of Fatal Colours, recently featured at the members book club.He is back at the Tower of London in September to launch his new book Fatal Rivalry.

In Fatal Rivalry George Goodwin captures the vibrant Renaissance splendour of the royal courts of England and Scotland, with their new wealth, innovation and artistic expression. He shows how the wily Henry VII, far from the miser king of tradition, spent vast sums to secure his throne and to elevate the monarchy to a new magnificence. He demonstrates how James IV competed with the older Henry, even claiming Arthurian legend to support Scottish independence. Such rivalry served as a substitute for war - until Henry VIII's belligerence forced the real thing. As England and Scotland move towards their biggest ever battle, Goodwin deftly deploys a sparkling cast of characters. There are manoeuvring ministers, cynical foreign allies, conspiring cardinals, and contrasting queens in Katherine of Aragon and Margaret Tudor.This is a members only event and tickets can be booked via the HRP website.

With over 100 eclectic events picked from the very best of our broad music and arts programme, there is no better way to explore London's newest independent venue than the Kings Place Festival 2013. We are attending 4 book-related events at this year's festival: 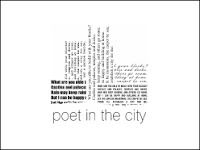 Poet in the City presents a showcase of fantastic contemporary poets from acclaimed publisher Bloodaxe, champion of some of the most important new poetry being written in the UK and internationally.
This special event will showcase three of their celebrated poets, providing a unique opportunity to experience live readings from newly published works.
Fleur Adcock reads from Glass WingsClare Pollard reads from Ovid’s HeroinesAhren Warner reads from Pretty
You can book tickets for this event via the King's Place website here.

Everyone loves the adventures of Greg Heffley, and this Festival event is a must for all Diary of a Wimpy Kid fans.

It’s also great family entertainment. Host Alastair Watson brings these hilarious best-selling books to life with fun activities including The Wimpy Kid Draw-Along and The Wimp Wars! Quiz.
And you’ll have a chance to see exclusive clips of author Jeff Kinney talking about the books, his involvement in the films and showing how he draws the characters.
Books bought on the day will be eligible for an exclusive Wimpy Kid Show stamp. To book tickets for this event visit the website here.

Henry Hitchings: Sorry! The English and their Manners on Sunday 15th, 2pm

Where do the norms of polite behaviour actually come from? And why do they matter anyway? Based on his book Sorry! Henry Hitchings (theatre critic of the Evening Standard) presents an amusing, illuminating and quirky audit of English manners. From basic table manners to appropriate sexual conduct, via hospitality, chivalry, faux pas and online etiquette, he traces the history of our country's customs and courtesies. Drawing on the astute observations of the likes of Jane Austen and Samuel Pepys, Hitchings brings his wit, knowledge and intelligence to bear in a hugely entertaining review of changing patterns and conventions. You can book tickets for this talk via the King's Place website here.

Patrick Leigh Fermor's acclaimed biographer introduces The Broken Road, From the Iron Gates to Mount Athos, the long-awaited final volume of Leigh Fermor’s unfinished trilogy, to be published in autumn 2013.

The book has been edited by Artemis Cooper, author of his authorised biography, from Patrick Leigh Fermor's unfinished manuscript of the third volume, describing his walk across Europe in the 1930s. Cooper shares her passion for Paddy and his work and tells us why the greatest travel writer of his generation found it so difficult to complete this extraordinary journey on paper. Leigh Fermor died in 2011 at the age of 96. Tickets can be booked via the website here.

It is a rigorous mathematical theorem that the only crystallographic symmetries are 2-fold, 3-fold, 4-fold, and 6-fold  Yet, since the 1970s 5-fold, 8-fold, 10-fold and 12-fold “almost” symmetric patterns have been exhibited, showing that such crystallographically forbidden symmetries are mathematically possible, these deviating from exact symmetry by an arbitrarily small amount. All these symmetries have now been shown to be possessed by certain actual quasi-crystalline materials. Such patterns are often beautiful to behold, possessing many surprising and unusual features. Designs based on these patterns have now been used in many buildings throughout the world.

A novel version of such a pattern ("Penrose tiling") appears in the approach to the main entrance of the new Mathematics building in Oxford, to be officially opened in early October 2013. This is constructed from several thousand diamond-shaped granite tiles of just two different shapes, decorated simply with circular arcs of stainless steel. The matching of the tiles forces them into an overall pattern which never repeats itself, and brings out a surprising novel non-repeating pattern of circular rings and other features, exhibiting remarkable aspects of 5-fold and 10-fold symmetry.

The mathematical underpinnings and origins of this and other related patterns will be described, illustrated with numerous examples of their use in architectural design by Sir Roger Penrose.You can book tickets for this event by visiting the RI's website.


From Flawed to Foolproof: How To Do Policy Better at the RSA on Thursday 19th, 1pm

From the poll tax to the Millennium Dome to ID cards, from Conservative to Labour administrations – not forgetting the current coalition - the list of government blunders and poorly executed policy is disturbingly longer than most of us realise.

Anthony King and Ivor Crewe, two of Britain’s most distinguished political scientists, and authors of the new book The Blunders of our Government, explain how, far from being unique, these mistakes share common patterns. Groupthink, constantly rotating ministers and weak parliaments all contribute to the blundering of modern governments. But it doesn’t have to be this way.
Informed by decades of research and dozens of insider interviews, Crewe and King offer a penetrating diagnosis of flawed government and a spirited prescription for more fool-proof policy. To book tickets visit the website here.

An Appetite For Wonder with Richard Dawkins at the Royal Institution on Thursday 19th, 7pm

Born to parents who were enthusiastic naturalists, and linked through his wider family to a clutch of accomplished scientists, Richard Dawkins was bound to have biology in his genes. But what were the influences that shaped his life and intellectual development? And who inspired him to become the pioneering scientist and public thinker now famous (and infamous to some) around the world? In An Appetite for Wonder we join him on a personal journey back to an enchanting childhood in colonial Africa. There the exotic natural world was his constant companion.

Boarding school in England at the age of eight, and, later, public school at Oundle introduce Dawkins, and the reader, to strange rules and eccentric schoolmasters, vividly described with both humorous affection and some reservation. An initial fervent attachment to Church of England religion soon gives way to disaffection and, later, teenage rebellion. Early signs of a preference for music, poetry and reading over practical matters become apparent as he recalls the opportunities that entered his small world. Oxford, however, is the catalyst to his life. Vigorous debate in the dynamic Zoology Department unleashes his innate intellectual curiosity, and inspirational mentors together with his own creative thinking ignite the spark that results in his radical new vision of Darwinism, The Selfish Gene. From innocent child to charismatic world-famous scientist, Richard Dawkins paints a colourful, richly textured canvas of his early life.To book tickets visit the website here.