Something for the weekend


First published in 1986 Maus is widely acknowledged as one of the great pieces of holocaust literature, winning among other awards the Pulitzer Prize and the Eisner Award. 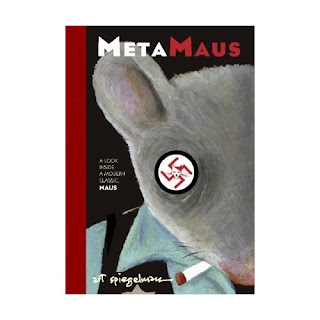 For the 25th anniversary of its publication Spiegelman has produced Metamaus. Within its pages Spiegelman explains what drove him to tell his fathers story, why he chose to use mice and cats to represent the Jews and Nazis and how he felt a medium such as comic books could confront atrocity in unique way. The book is filled with never seen before sketches, rough drafts and even the photos that Spiegelman used as reference for his drawings.

Also included is a DVD which includes incredibly moving interviews with Spiegelmans father and other holocaust survivors.

Metamaus is essential reading for anybody who has read Maus or is interested in the way that fiction can address atrocities such as the holocaust.

Andy
Posted by BlackwellsCXR at 15:55