Something for the weekend..

Hello & welcome to 'Something for the Weekend', a weekly post where one of us Blackwellians gives you an idea of a weekend reading treat. (That introduction was for all the Steampunk fans/haters busily scrolling down to find the more steamy & punky stuff ). 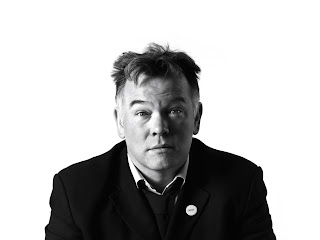 I've always liked Stewart Lee, from his early duo days with (the also very funny) Richard Herring, to his solo return of smallish venues to his more recent BBC2 television series. He is to put it very simply an extremely funny man.

At first i thought this book was a straight biography & (as i like biographies) I was at first disappointed to realise it's only partly that. The majority of the book is taken up with transcripts of 3 of his shows (direct transcripts so you get the 'er's & pauses etc). Aah well I thought those will still be very entertaining. But they are much more than that - Each show is littered with hilarious & incisive notes (some so long they take whole pages up), so basically it's a book with a commentary. Now I know that will put some of you off but give it a try, some commentaries are great! (e.g Ricky Gervais, Kevin Smith).

There is some biography here too, but again that is full of Lee's trademark dry, self deprecating wit. There are also lots of nice indie music references for the over 30's, and some entertaining appendices. All in all it's a quick, revealing, entertaining & most importantly very very funny read.

Gary
Posted by BlackwellsCXR at 16:06