Bulgarian Steampunk: A Brief History in War By Harry Markov 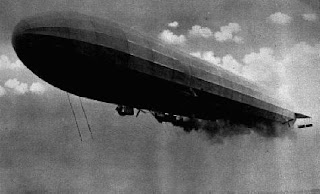 Speculative fiction fuels itself with war. The most dynamic stories are born in troubled times. Epic fantasy and its sprawling military campaigns, urban fantasy and its back alley wars and science fiction with its fleets are all examples of large scale conflict establishing tropes and traditions in genre. Steampunk is no different. It runs on war. That's the 'punk' part. It's the mechanical force that propels the cogs of the genre onward. It's why I consider steampunk and Bulgaria to be a fruitful pairing.
It's impossible to discuss Bulgaria and not mention war. Bulgarians know war. We breathe it and live it. Through history we have conquered and we have fought to keep our land. We've lost battles. Fought for freedom. Fought to found our country again and we continue to fight, even though the wars we lead today are against our circumstances and each other.
Queen Victoria's rule coincides with Bulgaria's most turbulent historical period. During her reign, Bulgarians started upheavals, organized a resistance, fought wars for liberation and then unity. After centuries of slavery and slave mentality, a transition in this mentality was forced from two sides. The perseverance of Bulgarian culture and religion and the subsequent fierce oppression from the Ottoman empire, which went as far as to kidnap first sons and train them as Muslim soldiers with no trace of their heritage and no compassion for Christian slaves. The subsequent establishment of the Apostles of Freedom and the Freedom committees, whose aim was to mobilize all Bulgarians for one massive rebellion, can host a cat and mouse game between Bulgarian revolutionaries and Ottoman lawmen.
Bulgarian Steampunk could sit comfortably against the backdrop of political and military unrest after our first insurrections. The April Uprising - a planned nation-wide rebellion, which failed when the Ottoman Empire discovered the plans before the scheduled date - could be the best setting for a story of betrayal. On this note, I can recommend Under the Yoke by Ivan Vazov as an example of how preparation for the April Uprising in Bulgarian villages ran and the demise of a village, which managed to join the rebellion.

Under the Yoke is a book every child in the Bulgarian school system has to read and study twice, once in middle school and once in high school. Vazov captures the spirit of the time, the mentality and the way the Bulgarian spoke and behaved at the time. If you want to have a glimpse into how an enslaved nation battled a century long fear, then this is an appropriate read and it has been translated in more than thirty languages worldwide.

Although I haven't read any papers in this field, I know there are many of these. My own knowledge about Bulgarian history comes mostly from my high school history textbook, History and Civilization, written by Ivan Lazarov, Ivan Tytyundjiev, Rumyana Mihneva, Luchezar Stoyanov, Milko Palangurski and Violeta Stoycheva. (I doubt there is an English translation yet.)

Now imagine if all these events occurred in a world of zeppelins, mechanical mounts and automaton armies. Where revolutionaries swing swords along with steam-powered rifles. The adventurous motives are already present and provide fertile ground for a multicultural reimagining of a genre that preoccupies itself with aesthetics - though I imply nothing negative with it. The Balkan passion, as well as the patriotism that accompanied this Bulgarian National Revival, would provide soul and fire for the characters.

For more reading suggestions on this topic, please see 'War, Steampunk, Bulgaria' at Beyond Victoriana.


---
Writer, reviewer and columnist, Harry Markov has most recently become the official minion of one Jaym Gates, publicist extraordinaire. His personal soapbox is Through a Forest of Ideas, and you can follow him on Twitter @HarryMarkov. You can find Harry Markov's non-fiction at Innsmouth Free Press, Beyond Victoriana, The Portal, Pornokitsch and The World SF blog.
Posted by BlackwellsCXR at 16:22